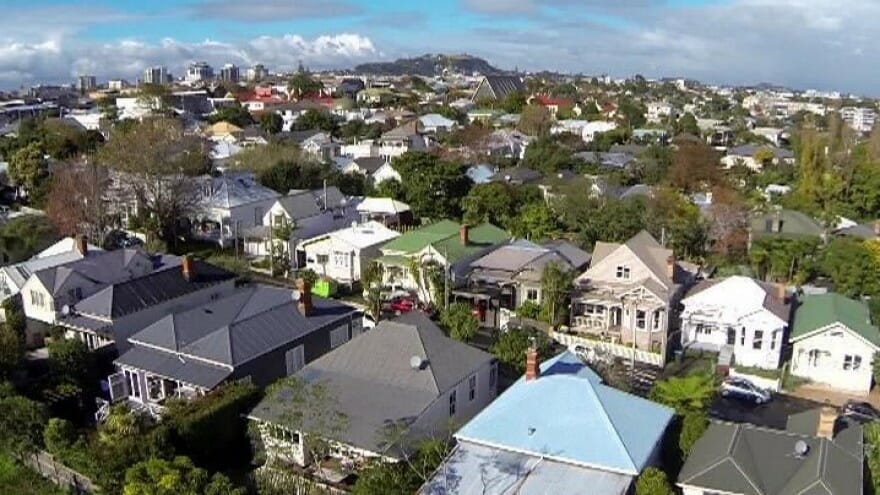 The housing market has been cooling and one expert says the stability in the sector has given buyers, sellers, investors and owner-occupiers the ability to make financial plans. However, with an easing in home-loan restrictions and the new Government settling in, some are seeing activity start to pick up, raising the question of where the market is heading to from here.

The residential property market in and around greater Auckland is delicately yet comfortably poised in a state of equilibrium. In essence, it’s a static market.

Prices are up slightly around 1 per cent year-on-year, while the inventory of housing stock for sale (the number of residential listings minus sales) is sitting virtually bang-on its long-term monthly average.

Further balancing out that supply-and-demand equation, demand has been tempered since its peak.

A number of local buyers are now out of the market as a result of lending regulations introduced by the Government and the RBNZ — even though those restrictions have been relaxed.

Secondly, there has been a slowdown in foreign buyer interest driven by restrictions in moving funds out of China.

Additionally, with average rental yield rates sitting around 3 per cent for investors, many in that sector have been looking at other opportunities — the commercial property sector, equities, or paying down debt when their fixed rate mortgages come off.

Some six months of stability in the housing market had set the groundwork for the coming year. Or at least it had until the global equities realignment which sent tremors around the world early last month.

While NZ’s sharemarket was spared the rollercoaster revaluations seen elsewhere, we noticed the nervousness here did have the effect of sending many investors back to the relative security of houses and apartments.

Any refocus on residential property as an investment class will have been positively underpinned by the reserve bank’s decision last month to keep the official cash rate in its status quo.

The average house price in Auckland was $935,773 in January, on a par with the figure for January 2017, which is encouraging, given how much market fluctuation we have seen in intervening months.

Overall it was pleasing to see the year end on a busy note, with increases in written sales and the average sale price rounding out the year. That trend has continued into 2018.

Written sales in Auckland for January were up 8.4 per cent compared to the same period last year, as were total listings — by 10.8 per cent — and the amount of residential stock on hand, by 9.9 per cent.

This means that in this past quarter we’ve started to move back towards a good, balanced market. Not only do we have plenty of demand from buyers, but there is an increasing number of sellers.

That should keep prices moving up, but perhaps not at the sky-rocketing levels we saw in 2014-16.

After a subdued finish to the end of 2017 in the real estate market, there has been a noticeable increase — particularly in the latter part of January and the early part of February — in regard to new property coming onto the market.

January results were buoyant and showed an increase across the market. There has been an increased level of activity from buyers attending open homes and this is showing as confidence returning to the market and a degree of normality.

The new Government has settled in without too many legislative changes in the area of property.

It is unclear at this point how the overseas investment legislation will be presented.

There is stability in interest rates and the ability to be able to lend against less stringent LVR requirements has been welcomed by purchasers.

In the main centres; Auckland is showing strong signs with good stock levels. Wellington, however, remains at a lower stock level; with Canterbury being more balanced.

Generally, overall portfolio numbers across New Zealand are increasing and this will provide buyers with a greater level of choice.

In regard to rental property, vacancy rates continue to be low and rental yield is holding firm and potentially expected to lift in the next quarter, which is a positive sign for the investment market.

New compliance regulations come into place over the next period for rental properties. While this may affect yield, it is a positive outcome for tenants given the better living conditions.

I am positive about the prospects for Auckland residential property in 2018. The cycle of prices rising rapidly has been overcome and, for the past four months, prices have been stable.

The most significant change in the last 12 months has been the decline in the number of sales. Currently, sales numbers are down about a third on where they were a year ago.

Over the remainder of summer and autumn, I expect sales numbers to pick up, with prices overall rising modestly.

We have a stable market. Properties are selling, buyers have the time to take a more measured approach to selecting a property, mortgage interest rates remain at historically low levels, construction is not keeping pace with population increases and initiatives are being considered that have the potential to make it easier for first time buyers and those on modest incomes to enter the market.

There remains a solid market for higher-priced property, particularly properties selling in excess of $1 million.

This is the best possible situation for the market to be in after nine years of rapidly rising prices, and will give confidence to sellers and buyers that the market is unlikely to experience a major price fall or increase.

I anticipate that auctions will continue to be the preferred sales method. While clearance at auctions has fallen from 80 per cent during the height of market activity last year to around 50 per cent, the exposure an auction gives a property — and the opening up of the transaction to non-auction bidders should the property not sell under the hammer — remains a strong incentive for vendors to stick with the auctions.

Auckland has kicked off the New Year in style celebrating one of our hottest summers with an extravaganza of festivals and music concerts and, of course, the lighting of the iconic harbour bridge.

The market in Auckland currently could be classed as a “steady as it goes” market unlike the frantic situation that existed last year.

Home owners could likely enjoy a welcome breather for the most part of 2018.

With the change in Government, many investors may decide that being a landlord and being dictated to is not for them.

There will be concern around the costs landlords face to ensure their investment properties are compliant with new legislation.

This will create an ideal opportunity for first home buyers to attain a foothold in the real estate market.

The Auckland market is now a buyers’ market and already we are experiencing buyers who are in no hurry to purchase. With no urgency, time is on their side.

I believe prices will remain steady with no real drop, as the cost of land and buildings increase and time frames add up.

We are all kidding ourselves if we believe one day we will have enough houses for everyone — ownership and rental — as the city will continue to grow and bulge at the seams.

Thus 2018 looks like a year we can look forward to with full confidence in the Auckland real estate market.

The residential market nationwide, and particularly in Auckland, held its breath last year.

This all happened on the back of a looming election, and then the convoluted result and, with it, much talk about property, tax and immigration.

Together these factors had buyers and sellers adopt a wait-and-see mode. The result was a 20 per cent drop in sales throughout the Auckland market.

To add to the degree of difficulty in 2017, banks were tough on lending criteria, and LVR restrictions for investors bit.

There was also a general state of confusion generated by the new council valuations; so it is not difficult to understand why the residential market became something of a “stunned mullet”.

But people’s lives go on. They marry, make money, lose money. Circumstances change. In short, it feels like we have left 2017 behind and are now in catch-up mode.

In the face of the commentary around a softening market, while sales numbers are down, sale prices remain stable. In fact, they have risen slightly. It seems as though buyers now recognise this and have decided to buy. Similarly, sellers can see that it is not a bad time to sell.

Sharemarket shakes will no doubt have some people take a fresh look at the time-proven stability of residential property. Interest rates remain low and demand never went away, it just got parked.

Call us optimistic, but we see 2018 as a time when the market will return to more “normal” levels. While values may not climb as dramatically as recent years, it’s hard to see how “waiting for the market to fall” is a sensible option. 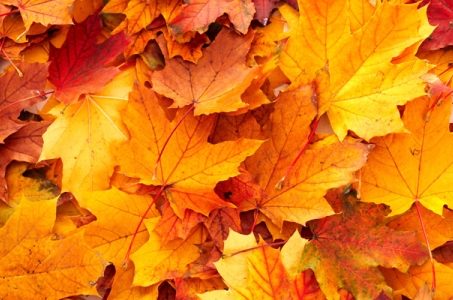 Autumn -Time for a change 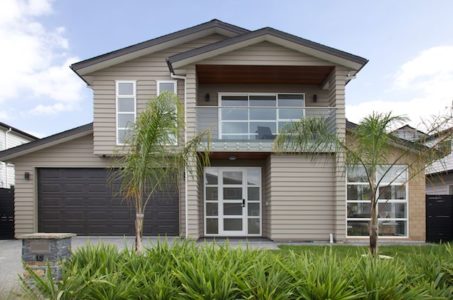 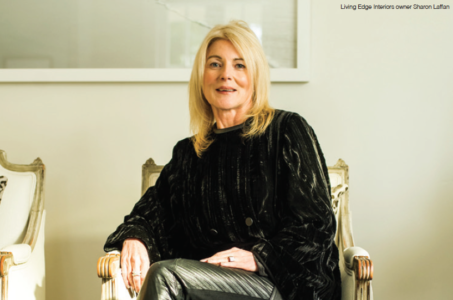 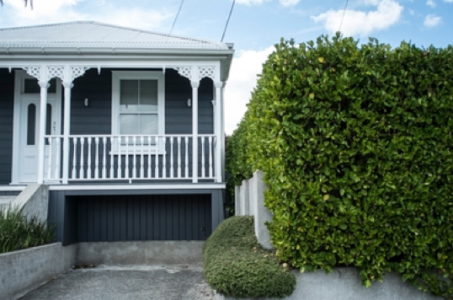 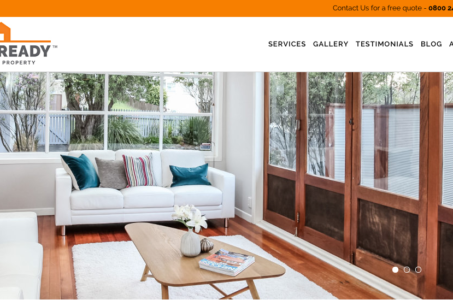 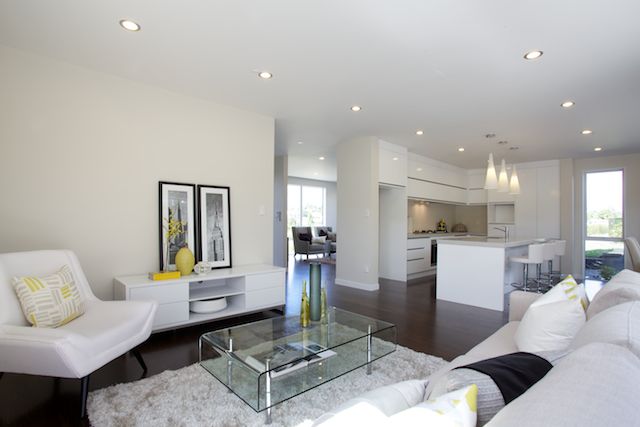 An ode to its desirable leafy Epsom setting, this

That moment when opulence and luxury meet! It's a

Clashing colors, patterns, and accents create an i